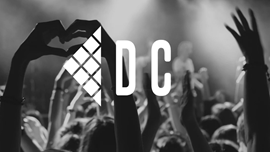 Just when you thought your event calendar was finely tuned and organised for the summer, we go and add a few more to the mix. We’re pleased to share that we have multiple new events to cram into your diary from as early as April through to September…

Whether it’s working at Silverstone Circuit, a Tiki Paradise for rum enthusiasts in the heart of London, or a festival known for its House, Garage, Soul, or Drum & Bass (at a venue yet to be announced!) this festival season you have the luxury of being spoilt for choice. Log in. Apply. And wait for the fun to start.

We have loved working with you all this year and as I have mentioned Joanne and her team have been a real asset to our concerts. If there is anyway we could have her back next year – that would be amazing!