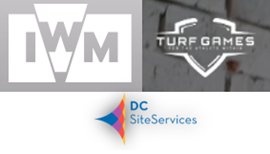 We’re pleased to (finally) announce some upcoming work opportunities for September. We have the Turf Games, a hybrid event which closes the gap between competitive functional fitness and one dimensional events such as marathons to bring you a social event, centred around team-based workouts. (Don’t worry we’re just providing the waste management!) This takes place 19th – 20th September at Roslyn Park in London.

Around the same time (18th – 20th Sep), we have the Battle of Britain Air show. A special event in Duxford which is a three-day event commemorating the 80th anniversary of the Battle of Britain, remembering the men, women and aircraft interwoven with the Summer of 1940. We will be proving toilet attendants for this event.

We have limited positions remaining for both, applications are open so be sure to log into your DCSS PAAM profile to apply sooner rather than later!

Your guys did a fantastic job at Finsbury Park so thanks a lot to you and your team!