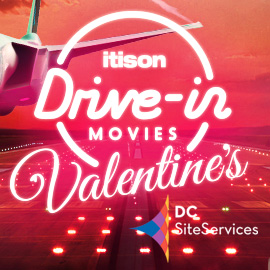 The Event Calendar is filling out from March onwards and applications are steadily coming in, make sure to submit yours sooner rather than later so you don’t miss out on the shows you’d like to join us at!

For those of you based in the north, you have the chance to get a head start with the season by applying to work at the Drive-in Movies in Scotland this February. Don’t hesitate to get in contact if this is something you’re interested in.

If you’re based further south, why not join us at Elrow London. We’ll be returning to Tobacco Docks in March (and then again in April!) with both stewarding and litter positions which are available to apply for now. Signup with a friend and enjoy the party together!

DC Site Services is continually on hand throughout the development and planning of any Festival working with the Site Management team to ensure a successful and efficient delivery of the waste management!