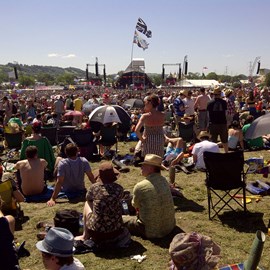 If you already have a DCSS PAAM account you can login and apply now for 2013 event jobs.

If you haven't yet signed up to our application system you can sign up here.

New festival and event jobs will be added as contracts are confirmed.

If you have any queries about working with DC Site Services in 2013 please contact us.

Without doubt, DC services is a professional and personable company who cater for our cleaning needs with the utmost efficiency.