Merry Christmas 2012 from all at DC Site Services! 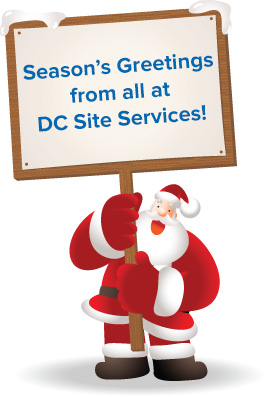 Please find below a Christmas message from Dick and Janet Collins and Matt Hettle to all DC Site Services staff...

2012 has been another very busy year.

We started the season with Toilet Attendants at The London Marathon and ended with Winter Wonderland in Hyde Park, which is still taking place. During the season we had event staff at the Baishakhi Mela, Golf Live, The Taste Festivals, T4 on the Beach, Latitude Festival, Medway Festival, Magic Loungeabout, The Royal Welsh Show, Skyfest, Green Man, Reading and Leeds Festivals and Proms in the Park. We took a decision not to get involved with the Olympics as the paperwork was colossal but we were asked by a Production Manager we do regular work for to provide services at the Beach Volley Ball at Horse Guards Parade and we had staff there from June until September. We also were involved with a few new events, some of which suffered due to the Olympics or the bad weather.

We would like to thank everybody for all their hard work in the difficult weather conditions this year and hope to see you all again in 2013.

DC Site Services is continually on hand throughout the development and planning of any Festival working with the Site Management team to ensure a successful and efficient delivery of the waste management!